This is a non-story… Here is why, if you want equality, then you cannot keep calling out your differences… Gay or not, black or white, tall or short… Who cares. The Supreme Court of America took it upon themselves to rewrite our laws, that is the story. The fact that 2 people are getting married, so what!  I am not for, and never will be for Gay Marriage, I am all for, and always will be for Civil Unions. This has gotten out of control… 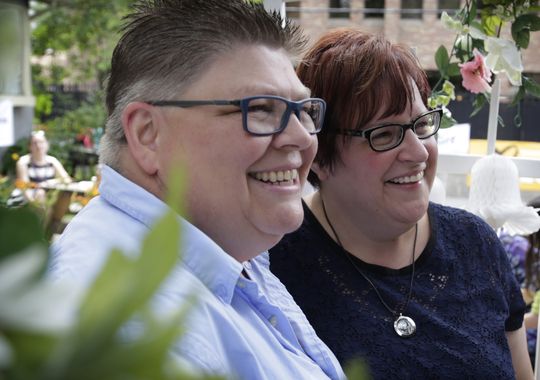 Save the date: Less than two months from now, April DeBoer and Jayne Rowse will be a married couple.

And for DeBoer, it’s a surreal fact.

Just weeks ago, the two Hazel Park nurses were on pins and needles awaiting the U.S. Supreme Court’s historic decision to legalize gay marriage across the country. The couple’s lawsuit against Michigan was at the forefront of the case.

Now, the couple is in the midst of planning their Aug. 22 wedding in Southfield.

“We’re doing all this planning and everything, but I don’t know that it’s actually sunk in that we can do this, that it will be for real this time,” DeBoer said in an interview with the Free Press Tuesday. “The fact it’s not a commitment ceremony but a legal ceremony, it’s still kind of sinking in.”

via Detroit-area couple in gay marriage case sets the date.