This is why America is such a mess…. Really, lost full use of her hand… Put a bandage on it and get on with life. Grow up! Put on the big girl pants! Deal with it…. Thank God she is not on Detroit city council any more…. 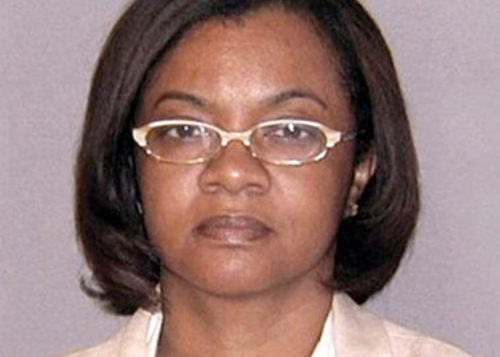 Monica Conyers, the former Detroit City Council member and wife of Rep. John Conyers, is back in the news.

This times she’s suing McDonald’s. No, it’s not because her fries weren’t hot enough or her coffee was too hot or they forgot to put the special sauce on a Big Mac.

Joel Kurth of the Detroit News reports she’s suing the fast food giant for $25,000 because on New Year’s Day she says she cut her finger on a chair at the outlet at Metro Airport. She was en route to D.C. to attend her husband’s swearing-in ceremony in Congress.

“Plaintiff sat down to eat at a table inside McDonald’s, and grabbed the side of the chair to adjust her seat and pull her chair under the table,” according to a suit filed Thursday in Wayne County Circuit Court, the News reported.

“While pulling herself under the table, Plaintiff felt a sharp pain in the ring finger of her right hand, screamed in pain and jumped out of the seat.”

The suit alleges that she’s lost full use of her hand.