Skip to content
HomeBloomfield Hills opts out of SMART

OK, the the Detroit Free Press is a liberal newspaper, and they love socialistic government payed (off the back of taxpayers) schemes, but it’s one of only 2 Detroit news papers, so I read it (online only, I will not pay for it). That said…

Here is my point, I do not  like the fact that we, the taxpayers, subsidies masstransit, any kind of masstransit. It should be all privatized, let people who know how to make money do just that, start up a transit system, charge riders, make money. Trust me, they will figure out how to do so. Why should I give ,well not even give, have my hard earned money taken from to support a system that is not even breaking even?

Do I feel bad for the Detroiters and elderly who do not drive, yet need a way to get to work or the mall… Sure. But, if the government stopped subsidizing SMART, then we wouldn’t need a SMART Tax (millage) and our tax bill would be less, and they would have more money…

Show me one thing, just one, that the government runs that even breakeven or is even efficient… you can’t, because it don’t exist. 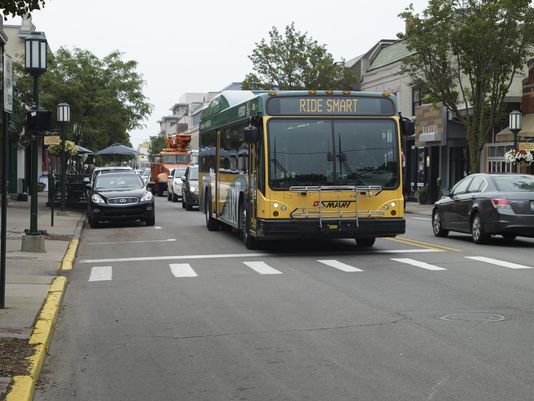 And they’re probably not interested in paying for others to ride one.

That message came across in Bloomfield Hills, where the city commission voted 3-2 Tuesday against joining SMART. Opting into the southeast Michigan regional transportation system would cost the city about $750,000 a year, but a majority of commissioners felt taxpayers wouldn’t be getting enough bang for their buck.

“Over 50 communities have opted out of SMART, including Novi, Northville, Livonia, Rochester and Plymouth, and, of course, the City of Bloomfield Hills,” Commissioner Sarah McClure said at the meeting. “And it’s mainly been a financial reason — it hasn’t been that these communities are necessarily against mass transit. In some cases, they found it made more sense to provide their own transportation.”

via Bloomfield Hills opts out of SMART.