Well it is clear that this mother had not right to be a mother, and she is, to put it bluntly, off her rocker,a few cards short of a full deck, a nut case… 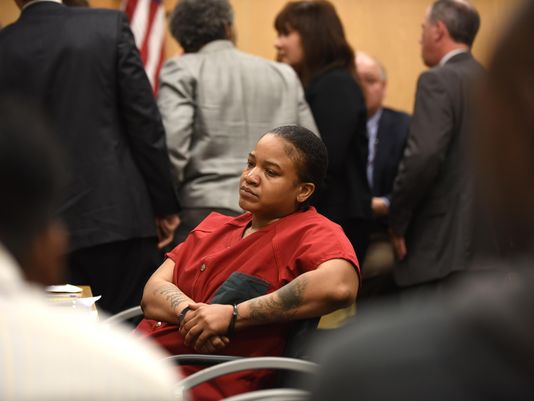 Detroit — Mitchelle Blair, accused of killing her two children and entombing them in a freezer and abusing her two other kids, was described as a loving parent Thursday as testimony wrapped up in the juvenile court hearing to determine parental custody.

Blair, 35, interrupted the proceedings several times, muttering “lie” during testimony, prompting court deputies to warn her to be silent. As she was being escorted into the courtroom, hands cuffed in front of her, she flashed her middle finger toward the fathers of her children, Alexander Dorsey and Steven Berry — a repeat of the gesture she aimed at the media during a hearing last week.

She was arrested in March, after court bailiffs went to her townhouse in the Martin Luther King apartment complex to evict her, only to find the bodies of 9-year-old Stephen Berry and 13-year-old Stoni Blair inside the freezer near the front door.

via Friend says mother accused in freezer case was loving.