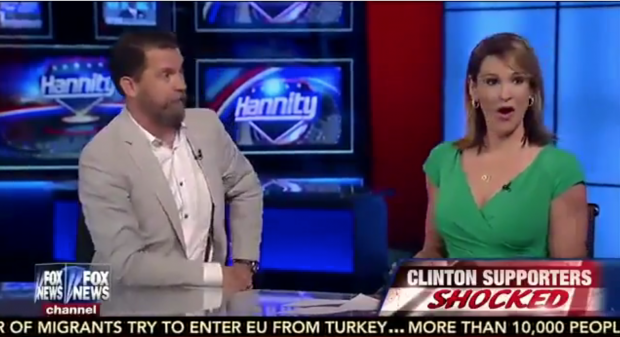 Gavin McInnes, the co-founder of Vice Media, left fellow panelist Tamara Holder visibly stunned when he argued that women earn less in America because they “choose to” and asserted than modern feminism is making women “miserable.”

(Fox News)
“The big picture here is, women do earn less in America because they choose to,” McInnes said. “They would rather go to their daughter’s piano recital than stay all night at work, working on a proposal so they end up earning less.”

Still, he continued: “They’re less ambitious, and I think this is sort of God’s way, this is nature’s way of saying women should be at home with the kids — they’re happier there.”