With all the empty homes and building in Detroit, they should create a program that lets the homeless person live there, if they can:

1. Pay for utilities (after the first few months, giving them time to find a job)

If they cannot do any of the 3, the home would revert back to city ownership and given to the next in line. Many homeless are willing to work hard and don’t want handouts, they will find a way to make it work. Yet we also have many homeless who expect everything handed to them on a silver platter, and want to give nothing back in return, they will be the first to fail. As for the homeless who are unable to do the work required, due to mental or physical limitations, place them in a group home or apartment and allow them to pay there way doing volunteer work for the city.

Working creates a scene of well being and usefulness. If they feel good about themselves, feel they are contributing to the city, they will grow… Handouts do nothing for most, except prepare them for more handouts… 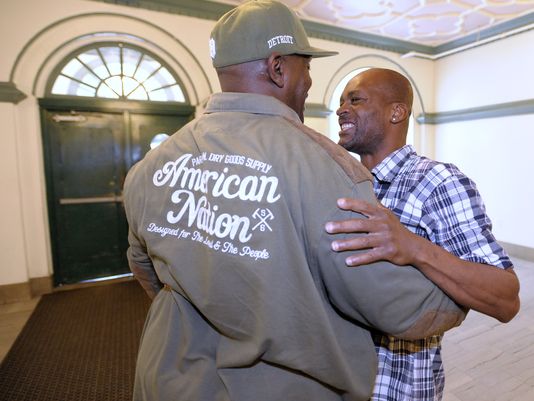 Detroit — The city is launching a first-of-its-kind effort to address chronic homelessness in the wake of a “tent city” encampment on east Jefferson this winter that took months to disband.

Tent city residents hunkered down in sub-zero temperatures, lending an urgency to the new initiative that officials say will focus on improving coordination and permanent supportive housing opportunities for the chronically homeless.

Homeless advocates involved in the partnership hope it results in a stronger emphasis on providing housing first and supportive services later, as needed.

At the same time, grant funding is being earmarked for two service agencies to reach out to homeless people in the neighborhoods, not just Detroit’s downtown.

“We’re hoping that together we’ll come up with a plan, metrics and goals that we’re all standing behind later this year,” said Arthur Jemison, director of the city’s Housing and Revitalization Department.